Hey lacquer lovers, I have another fantabulous Glitter Babies nail polish by Pocket Money Polishes (PMP) to show you!  PMP is a blog and indie polish shop run by Charlie Smith, a British nail fashionista!  Charlie has created the awesome Glitter Babies series and has created 3 collections with the 4th (September Sparkle) being released on 1st September 2013, head on over to PMP to see these spectacular collections!  Here is Working for the Weekend which I put on top of a peach & lilac gradient which I think really makes the glitter 'pop'.  Working for the Weekend has green, blue & yellow hex particles with larger mauve hex particles - awesome!....to the pics!!! 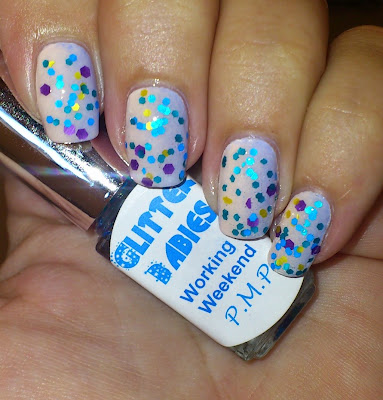 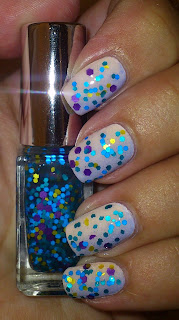 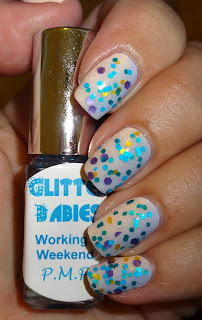 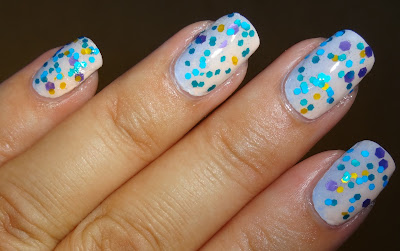 Head on over to Pocket Money Polishes where you can purchase the spectacular Glitter Babies polishes for £4 for a 5ml bottle and P&P starting from £1.50.  You can also keep up to date with PMP on Facebook, Blog, Pinterest, Twitter.

Keep an eye out for the Pock Money Polishes USA Pop Up Store coming soon.

Promote your Page too 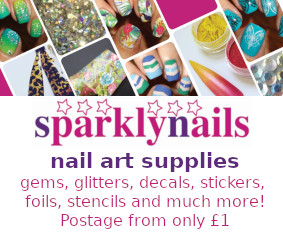 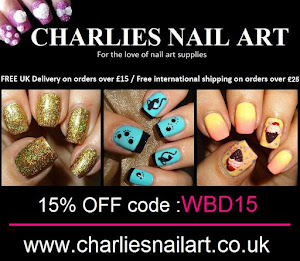 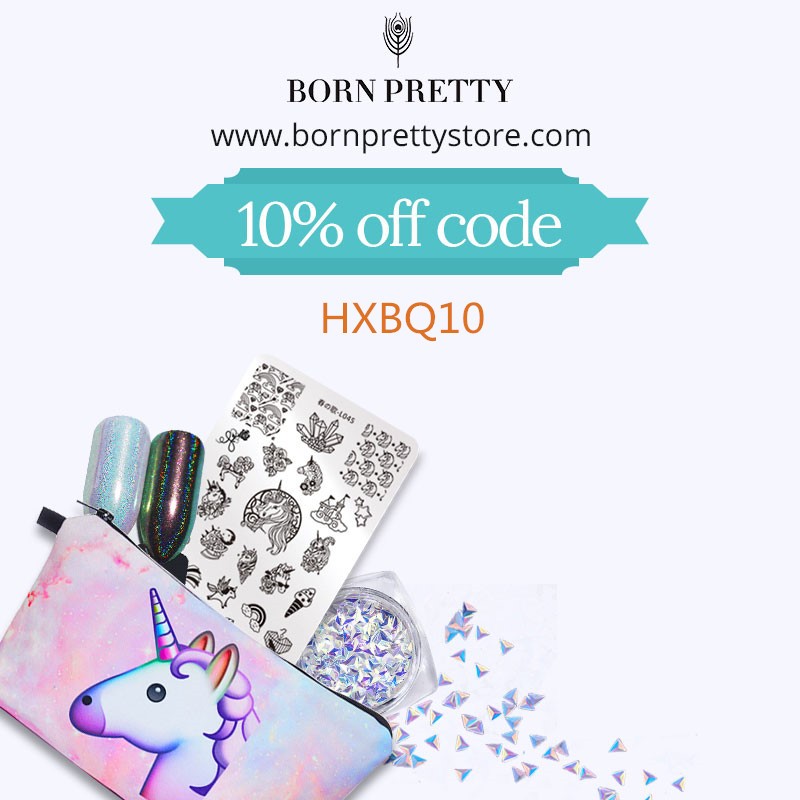 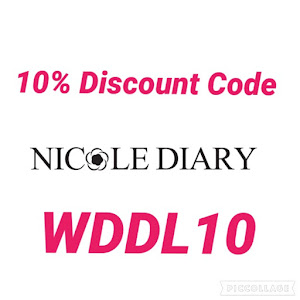 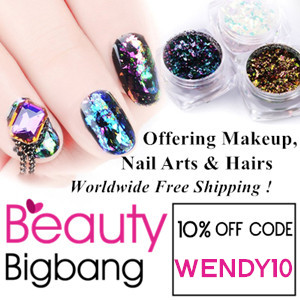 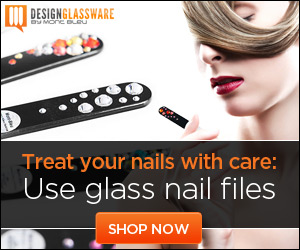 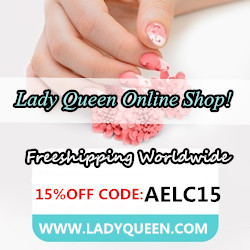